The popular conception that Cricket is the game of men was proved wrong by female cricketers of the Indian Women’s team. Some of their achievements even surpass the abilities of male cricketers. Successful cricketers like Jhulan Goswami and Mithali Raj made a powerful presence in the Indian Cricket arena to prove that no game can be beyond the reach of females.

Jhulan Goswami is an all-rounder female cricketer who represented India in International cricket. She was born in Chakdaha in West Bengal on November 25 1982. Like Sourav Ganguly, Jhulan was initially attracted to football. However, fate wrote something else for her, and she started taking an interest in Cricket after watching the 1992 World Cup. Her fascination with Cricket made her take up Cricket at the age of 15. Jhulan was a great fan of the Australian female cricketer, Belinda Clark. Clark’s batting feats in the 1997 Women’s World Cup provided the necessary determination for Jhulan to pursue Cricket. It required a lot of stamina to travel to Kolkata to practice Cricket from Chakdaha, but Jhulan was focused on achieving her dream position. Immediately after finishing her training at Kolkata, she got a position on the Bengal Women’s Cricket team.

Jhulan got her big break in International Cricket at the age of 19 in a One Day International match against England in Chennai in 2002. In the same year, Jhulan made her debut in test cricket in Lucknow against England. Jhulan and Mithali Raj motivated the Indian women’s cricket team for their first test series to win in 2006-2007 in England. She is one of the finest fast bowlers in Women’s Cricket in the international scenario. She holds the place of the fastest contemporary bowler after the retirement of Cathryn Fitzpatrick. Jhulan stunned the cricketing world by pushing the Indian women’s team to achieve their first victory against the mighty England team and presented a rocking record of her personal performance: 10 wickets for 78, 5 for 33 and 5 for 45 in the second test match at Taunton.

The consistency in the performance of Jhulan Goswami made her an obvious choice for captaincy after Mithali Raj. Jhulan took over the charge as the captain of the Indian Women’s team from Mithali Raj in 2008 and retained it till 2011. The year 2008 was very special in her career as she became the fourth women cricketer worldwide who took 100 wickets in the One Day Internationals at Asia Cup. On February 7, 2018, Jhulan attained the record of being the first women cricketer ever to reach the mark of 200 wickets in One Day Internationals.

Jhulan’s numerous records are as fascinating as fairy tales. She has surpassed the Australian cricketer Cathryn Fitzpatrick to become the highest wicket-taking female Player in Cricket. She is the one to claim 40 wickets in just 10 test matches. She helmed 25 One Day Internationals for the Indian Women’s Cricket team. Jhulan holds the record for making 1593 runs in International Cricket with three 50s. She has also received the honor of taking 271 wickets in 223 International cricket matches. Her 200 wickets in One Day International have come from 166 matches, with an average of 21.76. Jhulan played all the forms of Cricket and left the mark of a genius everywhere. He has two five-wicket hauls and four four-wicket hauls as a bowler in One Day Internationals. In 166 One-day cricket matches, she made 995 runs.

Jhulan represented the Indian team in the 2017 Women’s World Cup, but unfortunately, the team lost by only nine runs to England.

Jhulan’s contribution to Indian Cricket can never be obliterated. She has received several awards for her stupendous performances. She became the ICC Women’s cricketer of the year in 2007. She received the famous Arjuna award in 2010. She became the recipient of the prestigious Padma Shri in 2012. In November 2020, Jhulan made India proud when she was nominated for the honor of the ICC Women’s One Day International Cricketer of the Decade award. She picked up her 300th wicket in International Cricket in 2018 against Sri Lanka. For her exceptional form and dedication, she was retained in India’s test squad for a one-off match against the England team in 2021. She also got included in the 2022 Women’s Cricket World cup that took place in New Zealand. She surpassed the record of Lyn Fullston to become the highest women wicket-taker in the Women’s World Cup on March 12 2022.

Jhulan’s illustrious cricket career is a lesson for aspiring female cricketers. Her leadership quality was noticed by the selection board when she was chosen as the vice-captain of the Indian Women’s Cricket Team in 2006 for the England tour. She did not disappoint the nation. Her extraordinary performance during the first victory against England brought her the Player of the Series Award and felicitation in Mumbai at the Castrol Awards. 2007 was the year when no male cricketer of India bagged any award, but Jhulan made us proud by becoming the ICC Women’s Player of the Year. Jhulan helped Mithali Raj to pull an innings of 214 runs by matching her steps and contributing 62 runs. Her dedication was acknowledged along with three other senior players by BCCI in 2015 by the offer of the highest grade of central contract. Jhulan’s batting and bowling exploits have made her one of the most successful players in India. She has taken up the task of mentoring a group of young fast bowlers who want to make big in the cricketing world. These aspirants go through the footage of cricketing videos of Jhulan’s performances to understand her techniques well. Checkout ICC bowling ranking to know about the detailed information on players like her.

Everything, including Cricket, appears to be open to evolution. The format of Cricket as a game has changed in all these years. The mindset about Cricket as the male game has changed too. Female cricketers are making the Indians as proud as the male cricketers. Cricket has strongly established the equality of the two genders. Players like Jhulan Goswami and Mithali Raj have also contributed a lot to International Cricket through sheer hard work and dedication. 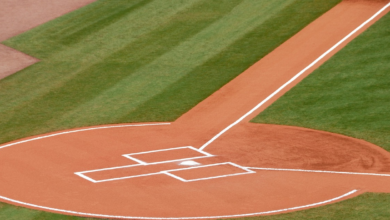 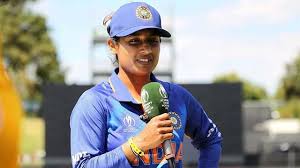 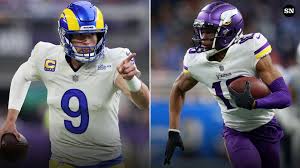